Our feature this month is about Tudor shipwrights. I can’t help a wry smile, because the techniques they practised then and the tools they used persisted well into the 20th century. Indeed, during World War II, the ‘land girls’ were sometimes involved in the felling and conversion of timber, backbreaking work at the best of times, only made easier by the use of large circular sawmills, but otherwise tools such as axes were more basic and traditional. Some years ago I met an elderly gentleman at a woodworking show who had trained as a coffinmaker and regularly had to work a two- man pit saw, a cloth cap being necessary protection from the sawdust constantly falling on him as the unlucky man in the pit.

So we come to today, when there has been a resurgence in traditional methods, now badged as ‘green woodworking’, i.e. working with unseasoned timber. Pit sawing excepted, most other tools and techniques are finding their way into the hands of beginners who haven’t had training in cabinetmaking or other vocational woodworking skills, but instead are going on courses with acknowledged green woodworking experts and finding pleasure and satisfaction from working with wood in a way that goes back centuries. The wooden wheel is turning – so to speak.

I think most of us can understand that there is a very strong connection between craft working of all kinds and not just the enjoyment and fulfilment it gives us, but that it is much more deep rooted in our DNA. If you have ever watched Stanley Kubrick’s film 2001: A Space Odyssey, the opening sequence of apes learning to makes crude tools, which unfortunately also then become weapons, shows how very early on in evolution toolmaking and use were critical parts of our development. There is also a belief promulgated by experts that we are ‘biophilic’, meaning a love of a green and natural environment is also deep rooted in our DNA and not just some intellectual overlay – something in our souls.

I think that’s a perfect excuse or reason for everything we do with wood and what this magazine stands for. So whatever project you are engaged in, do enjoy it and let us know what you have been up to and why. 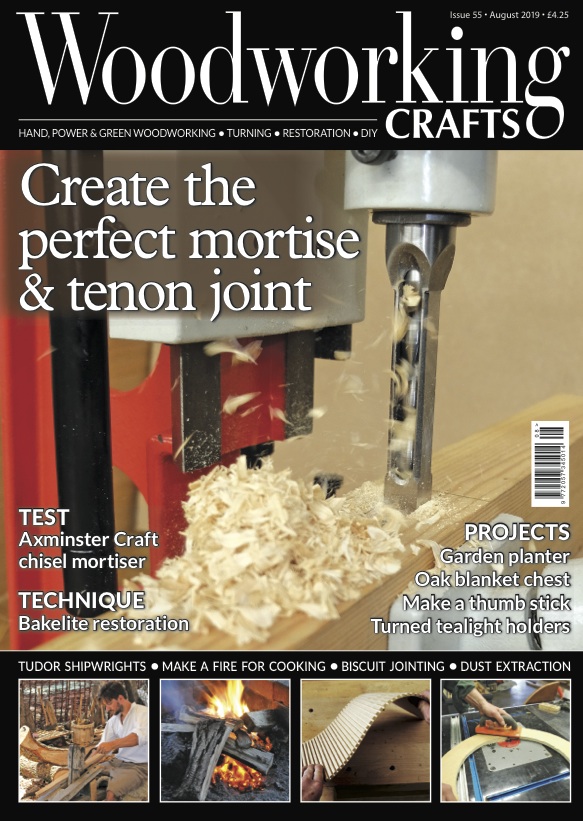