I was recently involved in a conversation with a group of people centred on a club they all belonged to where there had been some discussions among members as to future planning and the direction the club was heading. Apparently, some of the points discussed became heated and some people became argumentative. I must admit that the mischievous me just chuckled.

The contentious issues involved yearly fees, club finances, presentations/events for the year, events to attend and people to help bring about the discussed agreed-on issues. Does this sound familiar?

The club fees, as a result of a narrow majority decision, went up by £2 per year to £70 with the agreement that there would be a charge for attendance at any event of £5 per evening and £10 per day event and the fee would include drinks and nibbles at the events. The day or evening presentations would comprise five in-house lectures and seven invited presenters from elsewhere. In addition to this, it was agreed there were to be two teach-ins where guest presenters would be invited to share their knowledge. It was also agreed that there would be two days when members of the public would be invited to try for themselves the wonders of the club activities.

The club didn’t finalise who was going to organise many of the events, so a follow-on meeting was scheduled for seven days later. It was agreed that the club was to spend £3,200 of the available £6,430 in club funds on new/updated equipment and ancillary items. A big discussion ensued as to what items the money would be spent on, but all was eventually agreed upon.

Overall I thought that it all seemed to have gone quite well. Even though some of the discussions were heated. I asked how many people spoke up at the meeting and I was told 15 or so did out of 60 attendees. One of the people I was talking to said he wished that so-and-so had piped up on one particular subject and commented it wasn’t right what happened as the fees could have gone up a bit more and allowed the club to do a lot more. Another commented that more people should have stepped up to the plate to help organise things. An interesting discussion ensued on how the people present had definite ideas as to who would be suitable for what role and why and generally put the woes of the club to rights between them all.

Me being me said it sounded great and I could follow all of their reasoning regarding why certain people would no doubt be ideal for certain things, due to all of them citing the excellent skills, knowledge and such-like each person had. I commented I also understood the frustrations people may have, but I just opened my mouth, and asked why they did not say anything in the meeting about what they were frustrated with? One person said they didn’t want to cause a fuss and they all agreed that it wasn’t their place. In for a penny, in for a pound – I shook my head and said: ‘Of course it’s your place, you are members. It is vital you speak up when you have something to say and also get off your bum and do something when you can help.’

One person gave a wry smile and said ‘I suppose it is, but I don’t want to upset anyone.’

If anyone is wondering what turning club this conversation centred around, you can think again – it was a fishing club. But similar conversations have no doubt been had within turning clubs many times and will continue to happen. I say speak up, have your say, get involved, make new friends and have loads of fun. You can make a lot of difference for the good of everyone, you just don’t necessarily know it yet.

Let me know what you have been making in your workshops.
Mark Baker 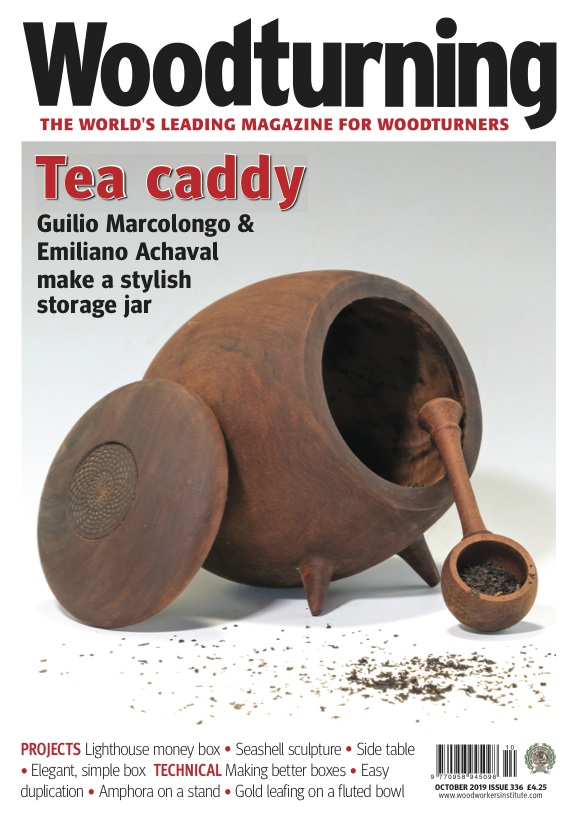