At the time of writing, the weather is somewhat erratic and has stopped me from tidying up the shed and the garden. The workshop is almost there now, but I do wonder if a workshop is ever wholly finished. I have always thought that everyone tinkers with the layout and positions of things regularly to suit what’s happening and what the focus is at that moment in time.

Well, the tidy up is now in the final stages. However, since I wasn’t able to find things for a while, I bought the accessories and such as I needed them and have now found that I have about six of the same sized drill bit, four packets of wall plugs of the same size (and I actually need the sizes above and below), and 21 pairs of wall brackets (I only needed 1). I have also four tubes of ¼-empty sealants that have gone off, and the list goes on. I shudder to think how much wasted money I have spent while everything was in disarray.

Having mentioned things not being organized, while sorting things out I did find a long-lost plane from the days of my apprenticeship. It was still sharp and no sign of rust, so that was a result. 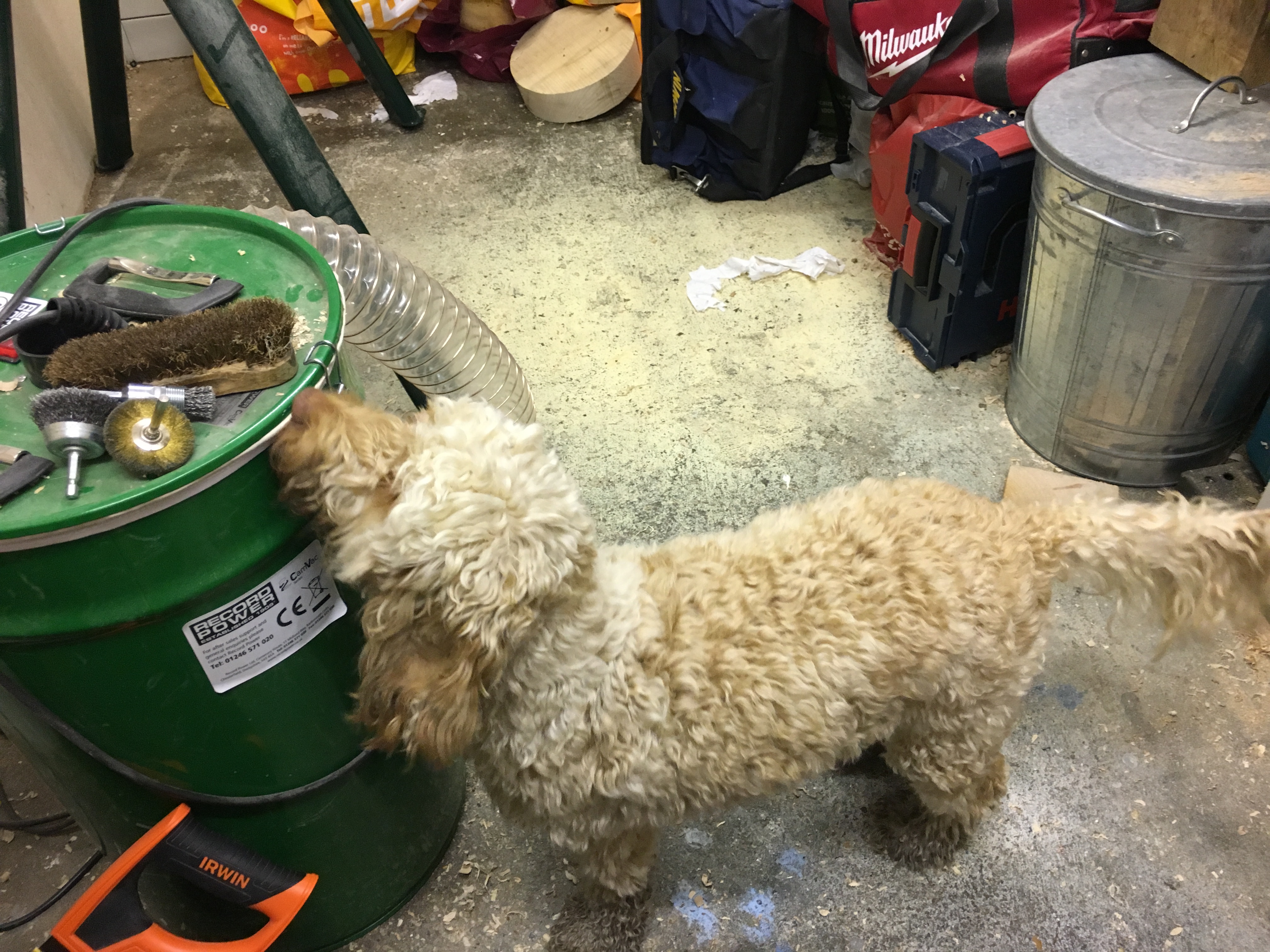 My daughter’s dog, Noah, has taken a renewed interest. I found that he had rolled in the shavings and ran upstairs, spraying them all over the place, while holding a wooden mallet in his teeth. He has done the shavings trick before and it is a pain clearing up after him. Well, I now have a textured handle at least! The bags and boxes in the background of the photo have all gone so the floor is now clear. The heavy-duty bags and plastic boxes were old, empty and damaged so went to the tip, and the other plastic bags were full of oddments of timber. Those bits I did not want, due to my not throwing away the little bits that might come in handy someday, have now gone onto a fire.

So, this weekend, I should be in the last phase of the clear up and I will be a happy man. It has been frustrating, but hopefully worth it.

I will catch up with you all soon.